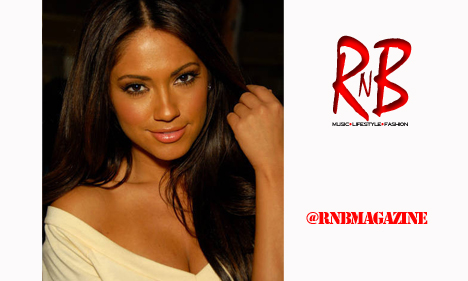 Jessica Burciaga wasn’t a household name, until now. The Playboy model is rumored to be the other woman who led to NBA star Kobe Bryant’s divorce. She was also rumored to be going toe-to-ear with boxer Floyd Mayweather after he dumped his fiancee.

Rumors are rampant that Kobe’s wife, Vanessa Bryant, decided to file divorce papers because of her husband’s cheating ways. Now, a bit more information about Kobe’s alleged cheating is beginning to surface. That’s where sexy Playboy hottie Jessica comes into the picture: She was apparently the last straw for Vanessa.

According to MediaTakeOut.com, Jessica Burciaga is the latest so-called “jumpoff” for Kobe Bryant. That doesn’t mean there aren’t others lurking about, but she’s the big headline now. Here’s the kicker: MTO claims that Kobe showers the beautiful model with lavish gifts “well into the seven figure range.” Yikes! Can you imagine how angry Vanessa Bryant was when she found this out? Again though, it’s just a rumor, but still. It’s bad enough that Vanessa’s spent years dealing with rumors of Kobe’s infidelities. To find out that he may not only be cheating, but also bankrolling a Playboy model was probably way, way more than she could handle.

Kobe Bryant has many people to blame for his wife Vanessa hearing about his alleged cheating. According to reports, the basketball wives and girlfriends of Kobe’s Los Angeles Lakers teammates spilled the beans. The teammates supposedly knew about some of his bad behavior, told their women, who went back to Vanessa with the details.

Kelly Rowland – ‘Keep it Between Us’ [Video]