Congratulations Kerry Washington!!! For her role as Olivia Pope in ABC’s Scandal a lead actress Emmy nomination was bestowed upon Mrs. Washington (or Mrs.Asomugha- you know she secretly married a football player a few weeks back. So Olivia Pope!)

Now that Hollywood has just realized what we have always known, we would like to pay tribute to The Last Dance star’s fashion and show how this beautiful has evolved from a small time supporting actress to the most sought after lead actress.

This is when I was first introduced to Kerry Washington as the no-nonsense, keepin’ it real , single mother Chenille in the high school drama filled movie The Last Dance (2001).

In Bad Company(2001) she plays the small supporting role as Chris Rock’s characters girlfriend Julie.  He didn’t have a lot of screen time but when she was on the screen she had a presence and beauty that you couldn’t keep your eyes off.

Ms. Washington deviated from the dramas this time and plays Fatima Goodrich,  half a lesbian couple trying to get her ex boyfriend to impregnate her in this comedy She Hate Me (2004). 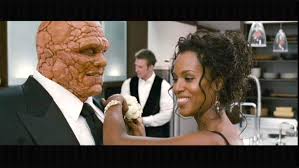 Even as a blind character you could see the talent Kerry presented in her supporting role as Ben Grimm’s love interest in both Fantanstic Four Movies (2005/2007). 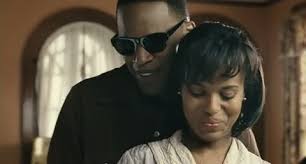 Della Bea Robinson may have stolen Ray Charles’ heart, but it was Kerry Washington’s portrayal of the tolerate star that stole movie goer’s hearts in Ray (2004)

Washington and Rock team up again in the comedy I Think I Love My Wife (2007). Kerry plays Nikki Tru, a loose woman trying to tempt Rock’s character to break his wedding vows and become TRU-ly hers.

After attempting to forge a friendship with their neighbor (Sam L Jackson) in 2008’s Lakeview Terrance, Washington’s character becomes feisty and shows just how bad she can be when she brings  Jackson down by the end of the movie.

Washington plays Kelly or Blue, a rape victim in her own home. She showcases a heart wrenching performance that is so believable you may have to turn your head. For Colored Girls (2010).

Probably her most controversial movie to date but her beauty and talent radiated  throughout the entire movie having audience hoping Django (the d is silent) would capture the love that he killed for. Django Unchained (2012)

With Scandal heading to the Emmy’s with two nominations and a new season approaching a lot of new comers have jumped on the Kerry Washington band wagon, but we have always been here and will continue to wish her success. Congratulation Mrs. Washington and many more!

Lil Mo, Is She Thinking About Fans or Herself?