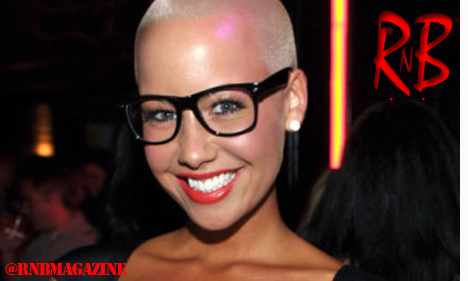 Landing the cover of Vibe Magazine’s Sexy Issue started off as a happy moment for model Amber Rose, until she actually read what the publication printed about her.

Rose, who gained popularity while dating hip-hop star Kanye West, sounded off via Twitter late Saturday evening (May 28), saying the cover story was “untrue and ridiculous.”

“Just read ‘my’ interview in @VibeMagazine half of the story was untrue & ridiculous,” Rose tweeted.

She continues, “F##k that Cover F##K @VibeMagazine yall wrote a bunch of negative bulls— that I never said or did. Yall don’t give a f**k that I have a Mom & Family that’s gonna read that fake a** s**t I gave yall a truthful interview & Yall f****d me. I’m so sick of keeping my mouth shut I didn’t ask for this life it was handed to me I was nothing but nice to everyone I spoke to @ Vibe.”

In the Vibe story, Rose who is currently dating rapper Wiz Khalifa, revealed details about her life post-Kanye West, her relationship with Reggie Bush, why her story is relatable and being iconic.

In the last two years, Rose has taken her notoriety and attempted to build a brand for herself. She signed with Ford Models in 2009, and has appeared in a host of hip-hop videos. At one point, she was pitching a reality show about her plans to launch her own line of eyewear.

Her recent Twitter rant has stirred up speculation that it may be an attempt to help boost magazine sales. At press time, Vibe had yet to issue a statement regarding Rose’s allegations

Lloyd On Being At Interscope & “King Of Hearts” Album