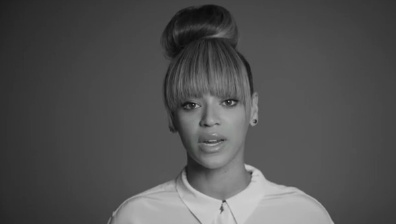 Beyonce and John Legend are among the stars demanding change in US gun laws in a new online video – you can watch it above.

The singers are joined by A-list American actors, musicians and comedians, including Will Ferrell and Jamie Foxx, calling on US President Barack Obama to revise US gun legislation in the wake of the Sandy Hook Elementary School shooting tragedy.

A gunman, known as 20-year-old Adam Lanza, opened fire at the Connecticut elementary school on December 14, killing 27 people including 20 children before turning a gun on himself.

In the video, the celebrities take it in turns to “Demand A Plan” by issuing a call to the public to make their voice heard and stand up to the US government to create a new gun policy that will prevent similar tragedies occurring again.

The public service announcement video was posted on the Demand A Plan website, an organisation that was set up to combat US gun crime after a gunman killed 12 people at a midnight screening of the Dark Knight Rises in Aurora, Colorado in July 2012.

The organisation hopes the video will put pressure on US President Barack Obama and US Congress to enforce a change and create new legislation that finally puts an end to gun crime.

I Am Not Your Negro [Film Review]

Go inside the studio with Janet Jackson in her lyric video for...

New Music: Ameriie- What I Want