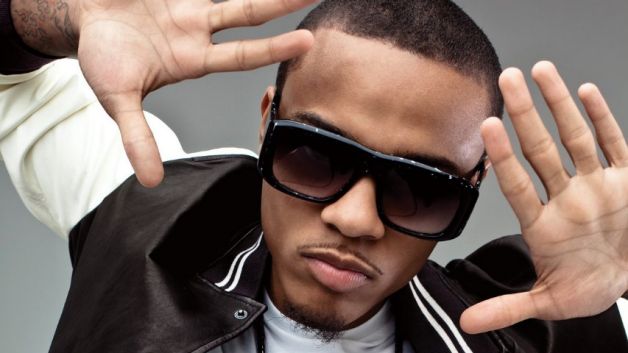 Bow Wow was seemed careless and humorous about being used as the bait on Tuesday’s episode of “Catfish.”

“Catfish” has had some unbelievable moments, but last night’s episode was classic. A single mom named Keyonnah reached out to Nev Schulman and his buddy Max for a little help after talking to someone she believed to be Bow Wow for months.

Keyonnah quickly earned side eye from all over the nation, because no one believed that she could be convinced she was talking to the “106 & Park” host. The only thing that gave the hosts a quick pause was the fact that “Bow Wow” sent her $10,000.

After much Googling and a confrontation by text, Keyonnah flew to Atlanta only to discover that “Bow Wow” was actually a girl that called herself Dee Pimpin’. The online impersonation left Bow Wow feeling pretty amazing about himself.

“The new thing is this “Catfish” situation. Let’s talk about how somebody is actually impersonating me,” Bow Wow said during a reflective moment on BET.com. “Now, first of all that’s a hard thing to do. Just look at me, you can’t impersonate this.”

Then the rapper talked about his unique eyes and tattoos proclaiming that there can be only one Bow Wow. That said, he doesn’t fault anyone for trying to jack his swag.

“So how do I feel about being ‘Catfished?’ Well, I feel honored. It’s dope and it’s flattering when someone wants to be you. And not only do they want to be you. In their mind, they are you. That’s crazy. But I like it. It’s free promo for myself, for BET, for ’106 & Park.’”

Despite some shock that anyone could be taken in by such an obvious Catfish, Bow Wow wants to give Keyonnah something her online ex-boo couldn’t. While some celebrities might get a chuckle out of the whole situation and move one, he wants to have a chat with the girls.

“Quite frankly, I would actually like to meet them both,” Bow Wow said. “I am opening the door here at my house. And I’m inviting you to ’106 & Park’ to sit down so I can ask you two to some questions. But we gon’ do it on my time though–on our network though and on our show.”

Bow Wow also joked about having a few words of advice for anyone looking for love online. “Everybody out there Internet, cyber dating, just make sure you know who you’re talking to. I guess that’s the best thing I can say. That’s why I don’t really do things like that. I don’t really talk to women over the Internet,” he stated before cracking up at his own fib. “I’m lying…I do it all the time!”

Check out the video below,  and hear from Bow Wow himself.

What did you think of the episode of “Catfish”?  Send us a tweet @rnbmagazine with your comments.

Mýa Gets Down In New “You Got Me” Video