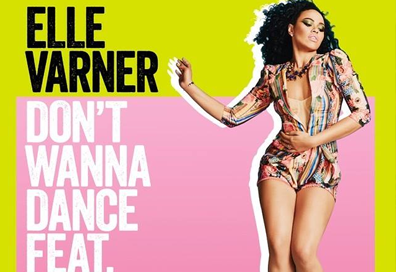 After 2 whole years since her last hit album Perfectly Imperfect, the Singer/ Songwriter, Elle Varner has worked hard in the lab to release her newest single called, Don’t Wanna Dance featuring A$AP Ferg. Born in Los Angeles and raised by 2 musicians, Varner was more than prepared to be a star studded singer. Varner’s mother was also a Songwriter and back up vocalist for Barry White, back in the day. Meanwhile, her father, Jimmy Varner  was also a producer and played more than just a couple instruments. Elle was always in the studio with her parents showing them support, while also starting a foundation for her own work. Learning it all at a young age gave Varner a big advantage, with some work she was immediately signed to J label. With J label Varner released her first biggest single, Only Wanna Give It To You featuring J Cole, in 2012 when the song hit the top 20 charts. Soon enough J label was shut down and Varner was soon signed with RCA records, where she finished and released her album, Perfectly Imperfect later in 2012. Since then Varner’s fans have anticipated more creativity from her. Don’t Wanna Dance, her latest single featuring A$AP Ferg, was just launched September 8th, 2014. The song teams the two artists up for a polar-opposite-RnB-rap kind of duet. The video goes perfectly with the song to portray a fun party feel. The song will be the big single on her newest album, Trap Jazz, which is yet to have a release date, but has it’s very own genre.

30 Classic RnB Songs That Get You Through Any Heartbreak