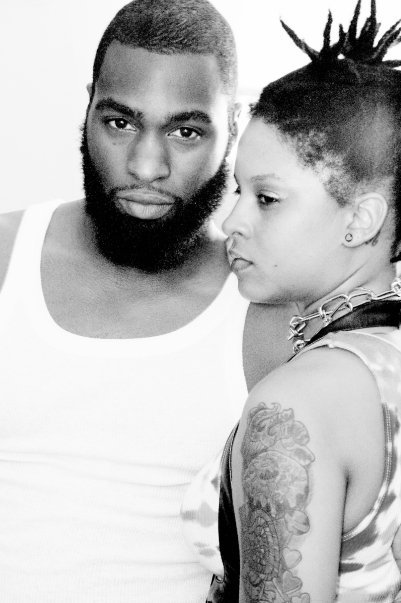 Infidelity can be one of the most hurtful and detrimental obstacles to occur in any relationship. Granted there are many different levels of cheating but is all cheating really serious enough to actually end a relationship? Many have even created an actual list of what they consider actual cheating. I’ve heard it all from kissing isn’t cheating to getting a phone number is. Most say that infidelity is a top deal breaker in relationships yet we see many people end up back together after forgiving their partner for what they thought they’d never forgive.

It’s easy to say before you get into a relationship that you would never tolerate cheating under any circumstance. It’s usually once a person falls head over heels in love that they may start singing a different tune. Lots of time invested can also make things different. Women especially will bend the rules and compromise if they feel a man’s good outweighs his bad. Marriage, children and other aspects also come into play when thinking about if it’s truly worth ending a relationship over infidelity.

We’ve often heard that men are animalistic by nature. There have been many studies that have proven them to be unable to be with only one woman for their entire lives. It has been said that men just aren’t biologically created to be monogamous creatures. This has been a hard pill to swallow for many women yet in this life we must continue to procreate and raise families. It’s interesting to see how different types of women deal with this particular controversial dilemma. Some women automatically have accepted that all men cheat when others are hopeful that if self constraint is practiced and a man really cares for his family then he will not risk jeopardizing the lost of his woman.

Infidelity is still quite taboo and couples avoid discussing it at all costs. We usually instill a fear within our spouse that if it ever happens the relationship is over. Women especially have made it apparent the devastation of infidelity and how it will never be accepted in their household. Men along with women also expect their partner to be faithful. The perspective is a little different concerning men because there is ego involved. The thought of another man penetrating his wife can cause an immediate break down in him. Because of his animalistic makeup he will never find his cheating equal to his wives. Unfortunately society looks at this the same exact way. Women are meant to be respectful wives and mothers who wouldn’t dare allow another man besides her husband, to see or let alone have her body.

Unfortunately it is not the same for men. A man can simply have sex with a woman who isn’t his wife and it be just that, sex. He can leave and go back to his wife as if nothing ever happened. It was considered a sexual release for him; nothing more, nothing less. A man’s reason for cheating is not even necessarily that he no longer loves his wife. Most men who cheat are usually still very much in love with their woman. The majority of the time, infidelity happens with a man for the simple fact that he is intrigued by something different. Men love variety so if an attractive woman comes on to him who is beautiful yet different from what he has at home then he will usually commit the infidelity. Most times for men it is also the willingness of the other woman to make it happen so easily for him; especially if she also knows that he is married. To a man he figures he has nothing to lose. He has his wife whom he’s in love with but can also have an easy fling with no expectations. Unfortunately most men will take this seemingly harmless deal. It can happen once and a man can continue on as if nothing ever happened.

How many women would be ok with this if they found out later down the line? Is this ground for divorce? Even if it were sex for just one night? Would you leave your man and jeopardize your family of a lifetime over one specific infidelity encounter? I’m sure this is easier said than done when it’s thought about. Now not all infidelities are like the above stated one. Sometimes a man’s animalistic nature can really get the best of him. This can cause him to no longer just have a meaningless affair but to start cheating emotionally as well. Emotional cheating is very different from a fling or a one night stand. When a person is cheating emotionally they are allowing the other person into their heart along with cultivating and carrying on an additional relationship. This isn’t what you call a “slip up”. Men who start to cheat emotionally are obviously trying to have what you call a mistress. This is where having your cake and eating it too happens at its best. If a man is married and he puts himself into a situation where he spends so much time with a woman that he starts developing feelings for her along with still having feelings for his wife then he is asking for a life full of trouble.

I truly believe that emotional cheating is by far more detrimental to a relationship then having a fling or a one night stand. I am by no means promoting infidelity nor am I encouraging anyone in a relationship to cheat on their partner irresponsibly and sparingly. I believe the main goal in any relationship is to exercise honesty. However the reasoning logical side of me understands that in every relationship things happen. No human being or relationship is perfect but each person should strive daily to be the best they can be in their relationship.

It’s also important to know the risks in committing an infidelity. No one is a stranger to the classic movie “Fatal Attraction”. The movie has had every man having second thoughts about exploring the option of a onetime fling. Michael Douglas clearly loved his wife and family and his intentions were never to cheat emotionally. Although, for a weekend of lust and good sex with an attractive woman he put himself and his family in danger not knowing that his “fling” had heavily deep rooted mental illness. As a result, two nights of sex turned his life completely upside down. After going through what he experienced I’m sure he regretted having a fling with this particular woman. After the lust had abated, the risk was no longer really worth it. In the mean time Michael Douglas’s wife hung in there supporting her husband but still making it evident that his behavior was unacceptable; however she didn’t leave him because of it. This won’t be the case for every woman; some will leave and some will try working through.

My goal here is to provoke thought and really have each of you to evaluate your feelings regarding infidelity. A woman’s intuition is nothing short of brilliant so each woman knows if she’s with a good man or a no good man. Deep inside we know what kind of man we’re dealing with; whether we choose to ignore it or not. Unfortunately the good ones slip up too but does that mean a relationship has to be negated for one slip up? If a man is emotionally cheating with another woman do you consider that just as bad as a fling or even?

Each relationship is different and personal. My advice is to look at the history and pattern of your relationship before making any drastic decisions. Even though a women’s girlfriend is the main one saying “HE CHEATED, OH HELL NO”, you can’t automatically look at cheating as being the ultimate end of the relationship. Although Vanessa Bryant was very hurt and devastated when Kobe cheated, she knew that the woman he cheated with meant nothing to him. When she analyzed the entire situation it was apparent that Kobe had for sure just made a stupid decision and it almost cost him his marriage; along with lots of public scrutiny. Having a family and seeing her husband’s remorse had her decide to work through her marriage. It was obvious that there was no emotional cheating. Kobe Byrant was never trying to carry on a consistent relationship with this particular woman. For him it was simply about sex, which granted, is pretty irresponsible but he slipped up and it happens. He and Vanessa went on to stay married and they seem to be doing just fine. In this situation family meant more to Vanessa then throwing it all away because of her husband’s infidelity. Someone else may not have been able to deal with it. In someone else’s eyes it could be just way too disrespectful and unacceptable. This comes down to it being a matter of preference and belief. Every woman has to do what feels right for her, ensuring that she sleeps at night. Remember to reevaluate your thoughts about infidelity. Don’t be so afraid to discuss it with your partner and friends. Try to not always think negatively when talking about it. Speak about it in a way that reminds each and every one of us that we are capable of it; we are human beings made up of flesh and blood. Once this issue is not looked upon as so taboo and women and men can freely express their feelings regarding it. As a result we’ll be on our way to understanding the reasons for it and the reasons behind it. Opposed to infidelity being ignored it should be addressed. Maybe then, we will learn more about it and even avoid its potential downfalls.

PARTYNEXTDOOR Gets Real Emotional On His Latest Track, “Own Up To Your...

When is physical abuse Okay ?

Get The Crew Ready! R. Kelly Has Officially Announced “The Buffet” Tour...