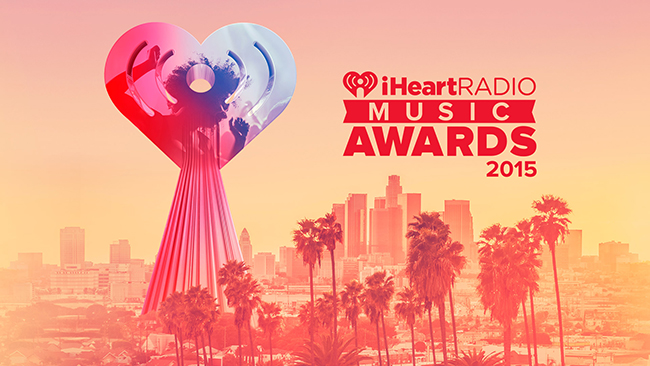 Did you catch the iHeart Radio Music Awards on NBC last night, March 29? Well, don’t worry. We’ve got you covered. The event took place in Los Angeles and the host of the evening, Jamie Foxx, kept the jokes and laughs coming all night. 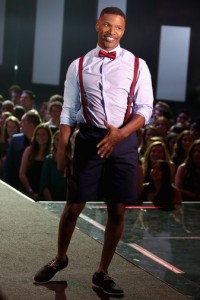 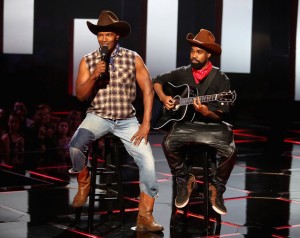 The opening performance was by Iggy Azalea and Jennifer Hudson with “Trouble”. Immediately following was Nick Jonas with “Chains”.

R&B singer Jeremiah was proud to accept the Hip Hop/R&B Song of the Year Award for “Don’t Tell ‘Em”.

Justin Timberlake accepted one of the biggest awards of the night, the iHeart Radio Innovator Award. He had words of wisdom to share with the audience, as well as jokes. He quoted Steve Jobs by saying “Stay hungry. Stay foolish”. He went on to quote Mr. Theodore Roosevelt. Go, Justin!

Rihanna then stunned us all as she stepped out of a helicopter wearing a green fur coat and high green boots, singing “B**** Better Have My Money”. Needless to say, she was the center of a few jokes throughout the night, by Jamie Foxx and others.

Jason Derulo did an amazing job singing “Want To Want Me”. It was a simple performance without dancers. Just the beat, his voice, and smooth moves.

Jamie Foxx paired up with Chris Brown to perform a new song “You Changed Me”.

The final performance of the night was by Snoop and Uncle Charlie with “Peaches N Cream”.

All pictures courtesy of nbc.com.

R&B Stars of the 90s: Where Are They Now

MAKEUP 101: Why White Eyeliner Should Be in Every Girl’s Makeup Bag