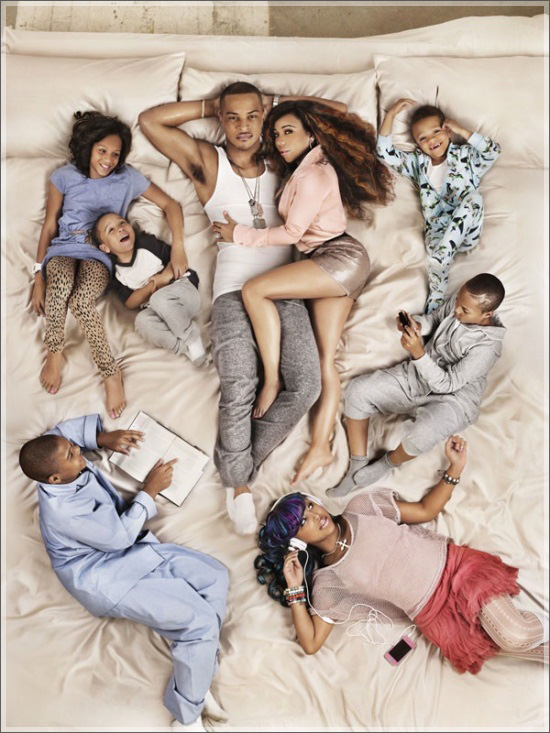 One of my favorite “it” couples is ex Escape member Tameka “Tiny” Cottle and rapper T.I. or Tip as Tiny calls him. The two are funny, and appear to be very much in love. Their reality show, The Family Hustle is a huge hit on VH1 and it shows how they make their blended family work. Tiny had one daughter when she met T.I. and he had two sons and a daughter. Together they have two sons, so that makes a total of six kids! The two make it look easy and their show is a breath of fresh air from the usual drama and chaos that reality television has become. 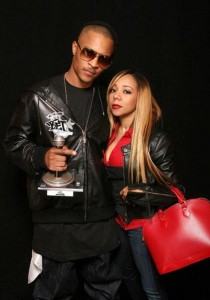 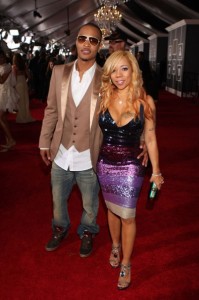 Tiny is a few years older than T.I. and reportedly met him in a mall. She was already established and had a career when they met, and he was just getting into the music game good. Tiny admits that there were some things that she didn’t really like about him, and T.I. stated in an interview that he was just playing around. Tip confessed that he’d just gotten out of a relationship and wasn’t looking to get serious. An older, stable, woman must have been what he needed because there has been no looking back. There were reports some years ago that the couple had broken up, but it didn’t last long. Tiny gets a lot of flack on blog and gossip sites and people often say hurtful things about her appearance. 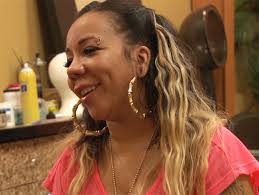 I myself think that Tiny has a beautiful personality. She seems like the kind of person to go hard for those that she loves and that means so much more than looks ever could. It is also obvious to anyone with eyes that Tip loves Tiny. When asked in an interview if she ever gets intimidated by him constantly being around other women Tiny said no.

She stated that Tip tells her he loves her and he shows her all the time that he loves her to death and she is it for him. Through prison sentences and even the death of a child, this couple has remained firm and in love and I think that is a beautiful thing. Yay Tiny and Tip.

The Story Behind Fruitvale Station