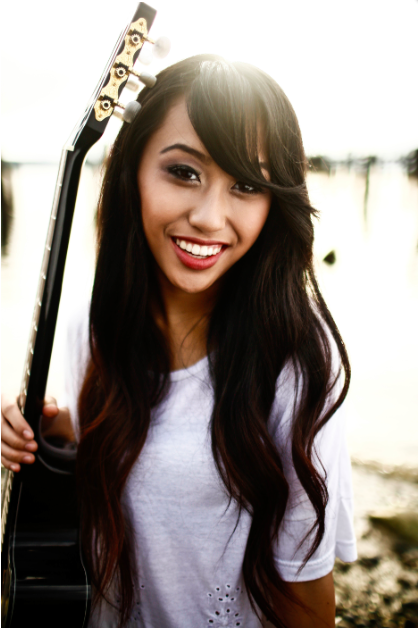 Well known from her cover songs on YouTube, Singer Jessica Domingo releases her official music video for her single, Just Vibe.  Domingo was interested in music since she was a child, at age 12 she learned how to play the guitar as well as the basic ropes of performing from producer, Don Quijano. Domingo soon released her first EP in 2012 called, Take A Chance. Unfortunately, with all the work she put in to her EP she was not as satisfied as she had hoped due to the fact that she had not written most the songs on it. According to her the album was not living up to her perspective, “The best thing about making music is creating your own unique take on it“, says Domingo. After copious hard work, her new album called Just Vibe, debuted earlier March 2014. More than excited Domingo admits, that she is much more satisfied with this album because she wrote most of the songs, so it relates to her much more than the last. Over the summer Domingo finished her solo tour, and debuted a video for her hit single, Just Vibe this past August. For the future we can expect another EP called, Masterpiece which will release near January 2015, so keep your ears peeled or another Domingo original creation.