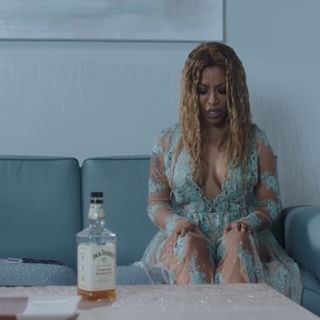 “Not A Little Bit,” the album’s first single, debuted earlier this year and is streaming now at K. Michelle’s official YouTube channel. Produced by frequent studio collaborator Elvis “Blac Elvis” Williams (Beyoncé, Usher), the empowering song is available now at all digital retailers, while also streaming at all major streaming services. The tracks companion video – directed by Alan Ferguson – was slated for release earlier this week but was held for perfection, leading to an unexpected arrival today via K. Michelle’s official YouTube channel.

“Not A Little Bit” received widespread acclaim from such media outlets as Rap-Up, which declared the “soulful single” to be “a triumphant return” for the Memphis-based K. Michelle. RnB Magazine states, “This is one of K’s best work to the date. This project will be going far. Its relate-able in so many ways”.. and VIBE praised “the piano-drenched mid-tempo single,” noting how “K sings of finding the good in goodbye and realizing she’s better off alone.” The track was applauded by Idolator as “a welcome return to the music scene” for K. Michelle, adding, “The first taste of the R&B diva’s third LP is a soulful ballad that showcases her powerful pipes and fiery attitude.”

Is marriage really a choice or is it merely a heavy influence?