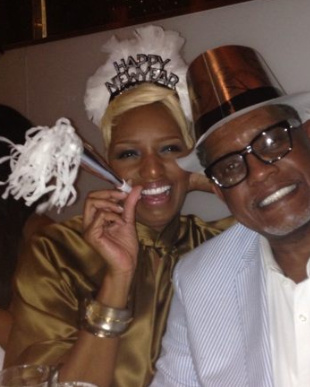 Conatulations are in order for Real Housewives of Atlanta star Nene Leakes after her ex-husband Gregg Leakes proposed to her on New Year’s Eve. Gregg pulled out all of the stops, first treating Nene to a romantic dinner. Back at their beach condo, Nene was greeted with rose pedals and candles that led to their bedroom and on the bed she found a set of Hershey Kisses that were formed into a huge heart. There was also champagne and strawberries on the coffee table with another set of Hershey Kisses that formed the letters “G” and “N.” It was there, that Gregg reportedly proposed and Nene tweeted, “My Answer Was Yes!”.

This is a couple that was together for over 17 years before deciding to divorce in September 2011. In marriage, sometimes people get comfortable and sometimes things have to be shaken up a little for it to become right. After they separated, the couple decided to take it back to the basics and began working on rebuilding a solid friendship which is very important. Gregg also courted Nene and took her out on dates and it eventually progressed into a relationship again.

In the January 2013 issue of Sister 2 Sister magazine, Nene revealed in her cover story (written before the proposal):

When we broke up, Gregg moved out for a year. We divorced while Gregg was out. Then, once we divorced, we found ourselves being friends. And there was nothing left to fight about.

I’m very loyal and I was very committed to Gregg. I always wanted to stay married. 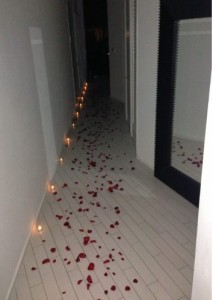 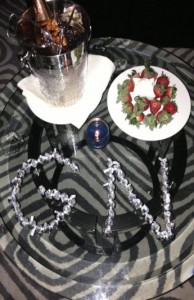 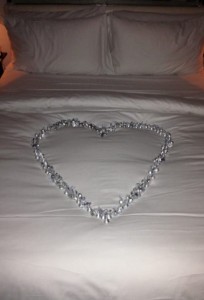