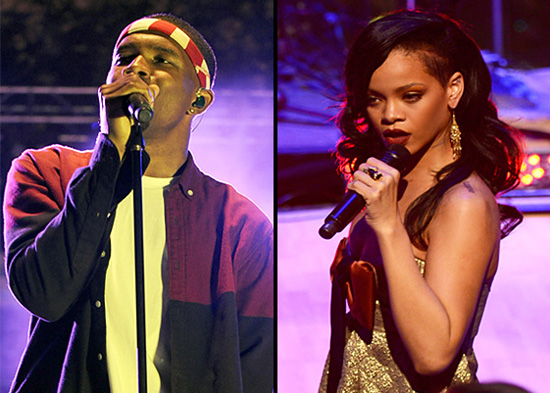 The 2012 MTV Video Music Awards just got an extra dose of star power with Rihanna and Frank Ocean now set to perform.

Joining the performing line-up that already includes Taylor Swift, Green Day and Pink, five-time VMA nominee Rihanna will also hit the stage at the September 6 show. Rihanna is tied with Drake for the most nominations, including two bids for Video of the Year.

Add in the VMA performance debut of talked-about Odd Future RnB crooner Frank Ocean and you have one of the most dynamic duos in the game.

The 2012 MTV Video Music Awards will air live from Staples Center in Los Angeles on Thursday, September 6, at 8 p.m. ET/PT.

Melanie Fiona – I Believe I Can Fly