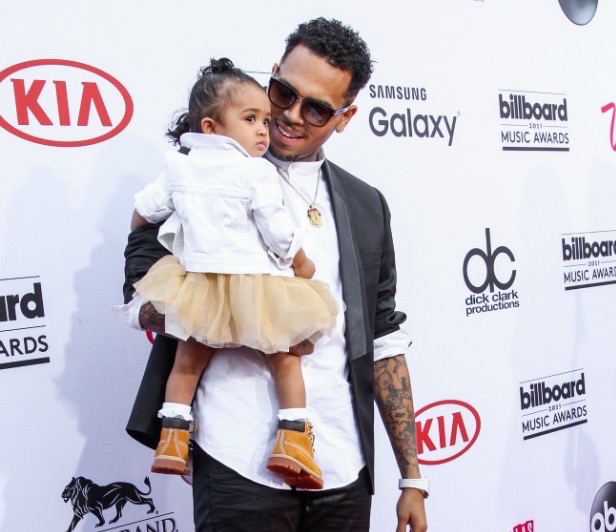 Just over a year since Chris Brown released his sixth studio album, X, he is already coming back at us, with Royalty, releasing on November 27th (Black Friday).

Breezy is finding an abundance of creative inspiration these days from an adorable source: his one-year-old daughter, Royalty.

Last month the singer won joint custody of his daughter (with model Nia Guzman), and is now reportedly hands-on in taking care of her.

Over the summer, Chris spoke earnestly to Ryan Seacrest about Royalty’s influence on him and said: “There comes a time when people kind of have to grow up and become more of an adult and take on different responsibilities. I think this was just a blessing in disguise with my daughter because I get a chance to look at her and teach her the right path and also be a father in my daughter’s life. Just to see a smile on her face … is emotional for me so I love that aspect of being able to be a father.”

As part of the custody settlement Chris will take care of Royalty 12 days a month and pay her mother $2,500/month in child support.

It’s easy to use past behavior as judgment against the high-profile-tabloid-king-artist, but it is admirable that he is making an effort toward evolving and taking on the responsibility of being a paternal presence and a positive role model in Royalty’s life.

Speaking of Royalty, the album has already generated charting singles “Liquor” and “Zero,” and, according to insider reports, the artist “wants it to be the best album yet.”

We hear that the singer has brought his baby girl to recording sessions, where she hangs with her daddy the whole time he is recording. AND, according to Hollywood Life, the toddler even began to talk, trying to mimic what Brown was saying while laying down tracks. Guess what?! The Grammy Award winner told the producer to keep Royalty’s voice in the tracks to “add some flavor.”

Check out this darling video of Breezy and Royalty dancing together at a recent photo shoot. Someone clearly inherited her daddy’s groove. We can’t wait to hear what she does on her album.

Behind The Scenes: Tyrese, Rick Ross, Tyga – I Gotta Chick

Ms. Jackson is Back…Are you Ready?