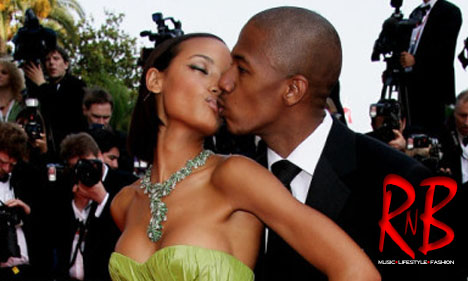 Mariah Carey isn’t known for keeping secrets but one thing she has managed to keep under wraps are the intimate details of her husband’s privates — until now. Supermodel Selita Ebanks, who was engaged to the “America’s Got Talent” host in 2007, visited my HDNet talk show “Naughty But Nice Rob” and told all.

“I mean I technically wore a ring but I don’t think I was really engaged,” Ebanks tells me of her relationship with Cannon. “I want a Prince. I want Prince Harry. Do you think the queen would accept me?”

And as far as kissing she gives Cannon a “meh” but was less enthusiastic about his other, most private asset giving it an even less passionate “meh.”

Ebanks, who is now one of the top earning models in the industry, says she knew she was beautiful at just 6 years old. Sitting in front of her mother’s vanity and catching a glimpse of herself she said, “Oh, I could make some money,” and boy was she right. Now she’s making millions, modeling Victoria Secret’s signature Angel wings — which she says protect her.

“Well if you’re an angel those other bitches don’t mess with you,” Ebanks dishes. “Behind the scenes you do hear snide remarks. I’ve heard girls literally talk about another girl in her face, and literally if she had claws she would be minced meat.”

And although she says she doesn’t judge other people, she does has some advice for larger ladies.

“Listen, I love voluptuous women, what bothers me is when they wear spandex. Don’t wear spandex ladies if you are over size 16. Just because it comes in your size does not mean it’s for you. As women we can wear whatever we want, be sexy but just know the difference, everything has a time and place.”

ZAYN Collabs With Timbaland On New Single “Too Much”