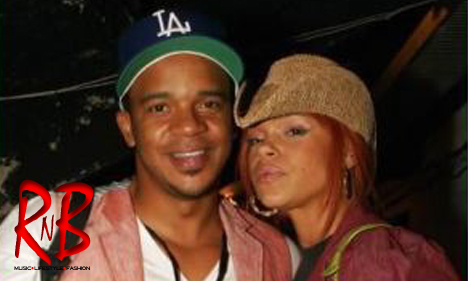 Singer Faith Evans is asking for privacy as she and her husband of 12 years dissolve their marriage. Evans, who is the widow of slain rapper Chris “Notorious B.I.G” Wallace, issued the following statement along with her manager/husband Todd Russaw about their split. “The dissolution of a marriage is a difficult time in anyone’s life. However, after a great deal of thought and careful consideration, we have come to the decision to end our marriage together.”The pair are the parents of two children, Joshua, 10, and Ryder, 4. Evans also has a daughter, Chyna, from a previous relationship and a son with the late Wallace, Christopher Wallace, Jr. Evans and Russaw released a joint statement after news reports began to circulate that they had broken up. The pair reportedly started dating shortly before the shooting death of Evan’s then estranged husband Wallace in March 1997. Evans and Russaw had weathered a few hard times, including Evans being stopped for suspicion of drunk driving last year and the couple’s arrest in 2004for alleged drug possession.  They agreed to enroll in a drug rehabilitation program as part of a deal in the latter case. The couple said in their statement that they “will both remain committed to parenting our children and will also continue to support each other’s professional endeavors.” “We consider this a private matter and we will not make any further statement regarding the matter,” they said. ” We would appreciate the press respecting the privacy of our family, particularly our children, as we attempt to handle our situation with respect and dignity.”