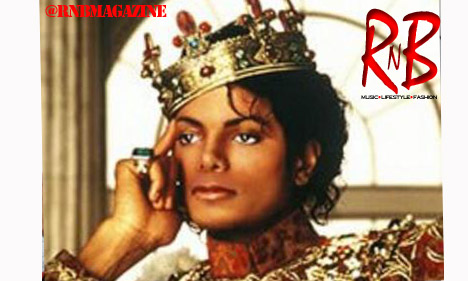 Michael Jackson fans were up in arms on Thursday over reports that promoters of a planned tribute concert had slashed ticket prices and apparently offered 2-for-1 ticket deals to the October event, as reported by Reuters.

The furor on Jackson fan website and a Facebook page was the latest setback for organizers a month ahead of what was planned as a glorious tribute to the “Thriller” singer.

On Facebook, a group called Fans against Michael Forever Tribute posted a link and screenshot of a Ticketmaster UK website running a “buy 1 get 1 free” promotion that is bookable starting on September 16. According to the posting, the offer would not apply to tickets already purchased for the October 8 “Michael Forever” concert in Cardiff, Wales.

Fan site www.mjstar.co.uk reported that ticket holders had received a message from promoters announcing prices had been slashed by up to 50 percent.
Organizers Global Live Events did not immediately return calls for comment on Thursday. The Ticketmaster website also stated that R&B singer Beyonce will be “making a special contribution on video” to the concert. Promoters had earlier said that Beyonce would be contributing a song via satellite.
Christina Aguilera, Cee Lo Green, Leona Lewis, Smokey Robinson and Ne-Yo are among singers giving live performances at the sports stadium venue in Cardiff, which has about 75,000 seats. Tickets went on general sale on August 24 at the end of an advance registration period.

The reported ticket deals were the latest sign of problems for the promoters. A group of 35 Michael Jackson fan clubs from around the world called in August for the tribute to be canceled, citing confusion over charitable donations, high ticket prices, and a swiftly withdrawn invitation to Jackson critic Gene Simmons and his rock band Kiss.

The “Michael Forever Tribute” is backed by the “Thriller” singer’s mother and several of her children, but not by Jackson brothers Randy and Jermaine. The administrators of Jackson’s estate, also, did not authorize the concert.

Michael’s sister Janet Jackson has said she will not attend because the concert coincides with the trial in Los Angeles of the pop star’s personal doctor, who is accused of involuntary manslaughter in his death in June 2009. Jury selection in that trial began on Thursday in Los Angeles.
Earlier this week, Tito and Rebbie Jackson unveiled a rival singing and spoken word tribute show to their brother on Monday that will tour Britain starting in March 2012.

Jackson, 50, died in Los Angeles on June 25, 2009 of an overdose of the anesthetic propofol, just weeks ahead of a series of planned comeback concerts in London.

Signs He/she May Be Cheating