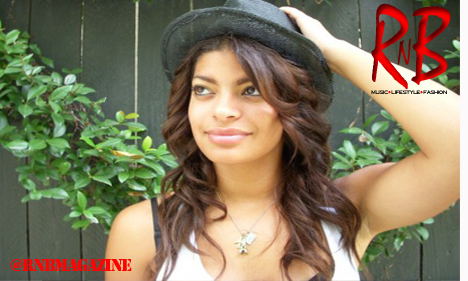 Despite Swizz Beatz and wife Alicia Keys laughing off rumors that he was involved in a sexting scandal, the woman at the center of the drama has come forward, admitting her involvement with the married rapper-producer.

According to Bossip.com, 23-year-old Christina Elizabeth released a statement detailing her digital affair with Swizz. Besides confirming that she has sent text messages and photos to the ‘Haute Living’ creator during his present marriage with Keys, she also admitted to being the other woman he cheated on during his relationship with ex-wife Mashonda. However, she denies releasing the intimate details to the press and claims she lost her cell phone, which housed photos and messages from Swizz Beatz.

“I’m only making this statement because I’m being put out there as a liar and I am very embarrassed,” Christina wrote in her statement. “I would like to confirm that the rumor about Swizz Beatz cheating on Mashonda with me is absolutely true. I would also like to confirm that the rumors about Swizz ‘sexting’ me, even in his present marriage, are absolutely true. I am also confirming that I lost my cell phone and someone else posted all the stuff that you see on the internet.”

The Texas native went on to explain that she’s known Swizz — or Kasseem as she refers to him — since 2007, when she met him at a birthday party for Solange Knowles. After their meeting, she went on trips with him to Miami and Philadelphia and even detailed their intimacy.

While this news has spread to the tabloids, both Swizz Beatz and Alicia Keys have been brushing it off with their focus on attending designer’s shows at New York Fashion Week and celebrating the beatmaker’s 33rd birthday. Keys threw a surprise birthday extravaganza for Swizz at High Line roller skating rink in New York City on Monday (Sept. 12). In turn, he purchased a brand new red Lotus sports car for the mother of his son Egypt. Earlier this month, Swizz was appointed head of Lotus’ creative design department.

Christmas Gifts for the Fitness Freaks

Listen To Omarion And Rich Homie Quan Let You Know What They...