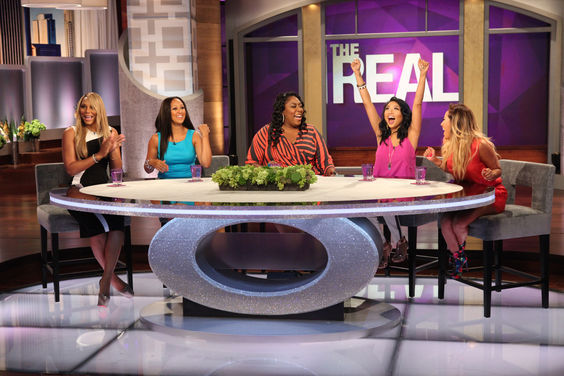 The new talk show “The Real” has only had a few test runs in selected cities, but I had the pleasure of viewing a few episodes via youtube, and I must say I liked it. If you’ve watched “The View” or “The Talk” then you are familiar with women sitting around a table discussing various issues.

The good thing about The Real is that it’s geared towards a slightly younger generation. With hosts including Tamar Braxton, Loni Love, Adrienne Bailon, Jeannie Mai, and Tamera Mowry-Housely it is sure to be a lively and interesting show. The first show aired just five weeks after Tamar gave birth to son Logan, and on the day that Tamera’s son turned 8 months old. The show will be good for working mothers, single mothers, women with no children, career women, let’s just say everybody. The show seems fun and spontaneous and will make a good addition to day time television (my opinion.) Will you guys be watching?

Check out the  full episode of the premiere show.  Check your local listing for local time and channels.