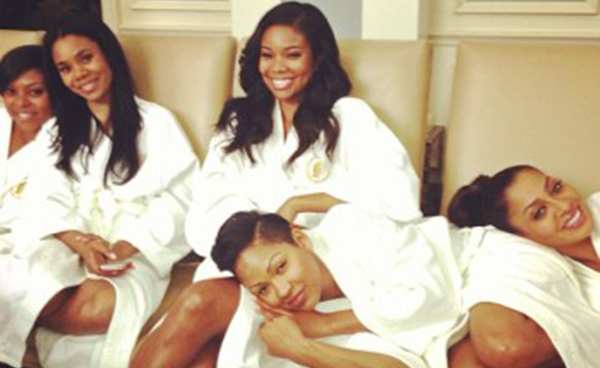 Steve Harvey’s best-selling advice book “Act Like a Lady, Think Like a Man” was translated into the film Think Like a Man earlier this year. The transition from ink and paper to celluloid was a successful one, resulting in a movie adaptation that received surprisingly solid marks from critics – given Hollywood’s underwhelming track record, when it comes to turning popular dating advice books into star-studded events (He’s Just Not That Into You, looking at you).

The aspect of Think Like a Man‘s success that’s surely pleased Screen Gems the most is a $93 million worldwide gross on a $12 million budget. Hence, it’s little surprise that development has begun on a sequel (we’ll call it Think Like a Man 2, for now).

Screen Gems’ Think Like a Man sequel will be scripted by the same duo who wrote its predecessor, Keith Merryman and David A. Newman (they also penned Friends with Benefits). The screenwriters have established a reputation for churning out rom-coms that resonate with contemporary audiences, but do not stray far from the tried-and-true plot formulas and conventions which have earned the sub-genre fans since… well, the early days of narrative filmmaking, to be honest.

Harvey will be back as an executive producer on Think Like a Man 2, with Rob Hardy and Rushion McDonald; Will Packer is also returning, in a producer capacity. It stands to reason that the central cast from the first film (including, Michael Ealy, Regina Hall, Kevin Hart, Taraja P. Henson, Jerry Ferrara, Meagan Good, Romany Malco, Gabrielle Union, and Chris Bown) will likewise be brought back, as could also be the case with director Tim Story.

Think Like a Man 2 will presumably travel a path similar to the first film, following the various male and female “players” as they navigate the “game” of evolving relationships. Rom-com sequels are a rare species, as most filmmakers hold off on continuing the love story – or stories, in the case of Think Like a Man – after the happy ending (or something close to that) has seemingly been reached.

Think Like a Man 2 could turn out okay, assuming the original cast returns (screen chemistry intact). Not to mention: so long as Merryman and Newman refrain from simply rehashing what went down in the first film – while passing the sequel off as a “new” chapter in the ongoing story (that’s never happened before, right?).

Of course, the real question is: how much of an informercial will this sequel be for Harvey’s new book, “(Continue To) Act Like a Lady, Think Like a Man”? (Zing!)

We’ll keep you updated on Think Like a Man 2 as the story develops.