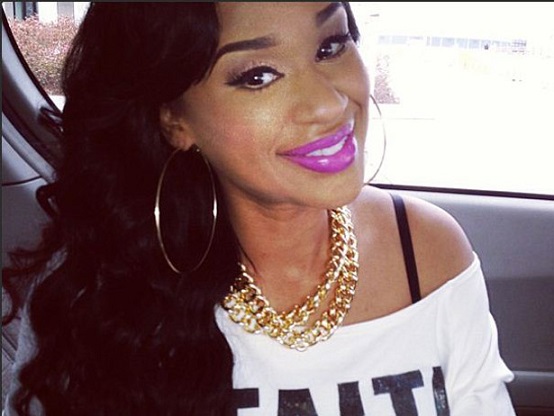 In a recent interview, Traci Steel confirmed since she didn’t bring enough drama to the show Love & Hip Hop Atlanta there will not be a spot for her next season.

In the world of reality TV, no drama clearly means no camera time. But that doesn’t mean that viewers won’t see Traci next season.

Traci told Bossip.com, “I might do some appearances, show my face or DJ or something like that, but as far being a cast member, no. I didn’t choose… Apparently me and Drew weren’t as turned up I guess as the rest of the cast members. We had some sanity. We were a little more relaxed more grounded.”

She also said, “A lot of people came to me and said you have the most class out of everybody else. Well class don’t cut it on Love and Hip Hop.’”

Traci said there are no hard feelings,  and she has nothing but positive things to say about her run on the show. “I loved the experience,” she said. “I love Mona [Scott-Young]–and “Love & Hip Hop: Atlanta” as a whole, and I would have done another season if they’d asked me.”

Even though she’s not going to be back as an official cast member it looks like she got all the exposure she needed from “Love & Hip Hop: Atlanta” while she was in the mix.

“Exposure…that’s all it was about. I knew that being a female DJ, I want to get out there more and brand myself better,” Traci reflected, adding that she got way more out of the experience than she ever expected. I knew that I wanted to take this brand Steele Pretty and DJ Traci Steele nationally, but I actually took it globally. I didn’t know that LHHA was playing in different countries. I’ve had people in England and Africa hit me and tell me they love me.”

We wish Traci the best and much success.

Rnb Magazine Has The Exclusive On Your Favorite Dance Team…DD4L!