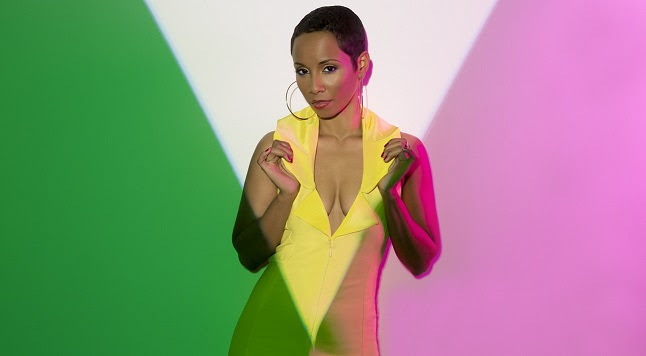 R&B Vocalist Vivian Green Releases Fifth Studio Album Vivid featuring the lead single “Get Right Back to My Baby” currently in the Top 10 at Urban Radio.


Born in Philadelphia Vivian Green was raised in a home where Motown classics were always blaring. Her parents were avid music lovers with talents of their own. She began singing at age five, playing piano by eight, and by eleven began writing songs. At fifteen she began to record at the studio which would become famous for multi-platinum group Boyz II Men. This gave Green a taste of life as an artist and led to an opportunity to write with the band. At seventeen she received her first professional songwriting credit co-writing “Dear God” on Boyz II Men’s platinum selling album Evolution. Green was also offered a recording contract from Ruffhouse Columbia, which she turned down. Her mature, sultry voice and knowledge of material allowed her to sing in some of Philadelphia’s premiere jazz clubs despite her age. She also obtained a job singing with two of the top party orchestras in Philadelphia, while singing background for renown soul singer/actress Jill Scott.

Green teamed up with Grammy nominated singer/songwriter Eric Roberson to create the demo that would win her a deal with Sony Music. The demo contained her first smash hit “Emotional Rollercoaster”. Her debut album A Love Story released in 2002 and certified Gold – It received rave reviews from People, Billboard, Rolling Stone, and USA Today to name a few. Her second album Vivian released in 2005 and featuring the single “Gotta Go Gotta Leave” became a number one AC/Dance hit. The New York times called the album a “stellar sophomore performance”.

Vivian made her film debut in the Oscar nominated biopic “De Lovely” portraying a jazz singer performing the classic “Love For Sale”. She also appeared in the TV Series “American Dreams,” portraying Brenda Hollaway singing “Every Little Bit Hurts”. Green wrote the songs for playwright/film-maker David. E. Talbert’s stage play “Love in the Nick of Thyme.” She is featured on Cyndi Lauper’s album The Body Acoustic and the late Guru’s Jazzmatazz 4. She was featured on Soundtrack to a Revolution, a compilation of spiritual songs featuring artist like Anthony Hamilton, John Legend, The Roots, and Mary Mary. Most recently she collaborated with jazz pianist Brian Culbertson for his album Dreams and produced the top 10 AC hit “Still Here”. The song also appeared on Vivian’s 4th album The Green Room.

Walking & Talking | What Is A Friend To You?