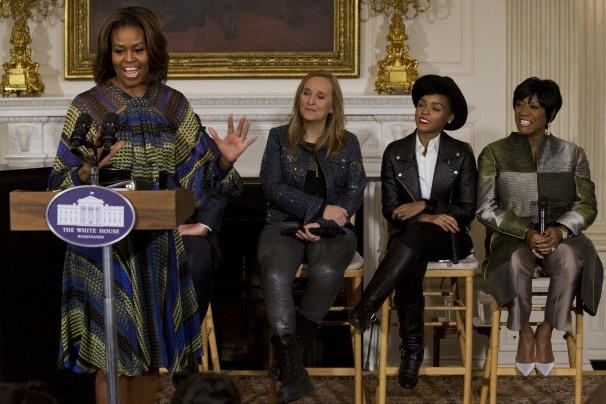 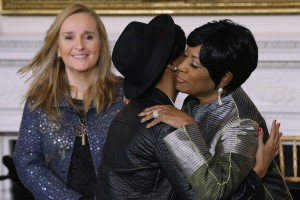 Who runs the world? A few powerful songstress did Thursday night when Michelle Obama hosted the Woman of Soul: In performance at the White House concert. This is a scheduled part of Women’s History Month. According to ABC News, Barack said, ” As someone who shares this house with brilliant,creative,talented,somewhat stubborn women. ‘I think Women’s History Month is the perfect time to honor a few more: the women of soul.”

The workshop hosted over a 120 high school and college students in the State Dinning Room, The guest speakers gave an overview on the history of soul music and women’s rights during the 50s and 60s.
Some heavy hitter were in attendance like Aretha Franklin, Patti LaBelle, Jill Scott, Janelle Monae, Melissa Etheridge and a young singer named Ariana Grande. Aretha took the time out to explain she had no idea R-E-S-P-E-C-T would be a rally cry for many African-American women. Ariana Grande gave the world her version of Whitney Houston’s “I Have Nothing.” Showing us why she will soon be mentioned amongst the greats.
Patti LaBelle gave a few pointers on taking chances and singing her booty off. “And then sing your butt off.Or work your butt off. Or whatever you do, do it until your butt comes off. Ok, that quote is going to be kind of funny in the papers. Already know it.”
The concert is set to air on PBS April 7. Check out video below. 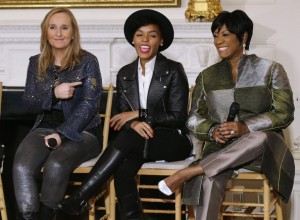 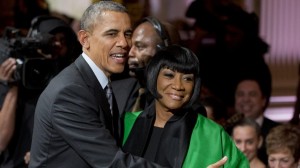 Rogiérs – Messed Up On Love

T. McCrae’s indepth interview and video footage of his photo shoot for Your Best is Yet to Come