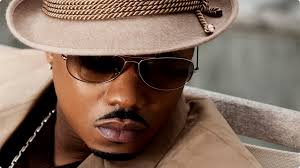 Donell Jones is known for his infamous album Where I wanna Be featuring his hit single “U Know What’s Up” featuring Left-Eye and his ability to keep it slick and sexy. This Rnb veteran has been in the game for nearly twenty years and is still the topic of discussion. His music is timeless and with a voice like his, have us wondering when we will hear some new music. I don’t know about you but I am definitely missing that brown skin with those dark glasses and hats tilted just enough to add a little mystery to the man behind so many wedding dances and baby conceptions.
The singer is out here showcasing his beautiful voice and is performing in different venues across the world.

Keep in touch with the Rnb great on social media:

Let’s throw it way back with some of Donell’s infamous singles.

Donell Jones- Where I Wanna Be

Donell Jones- U Know What’s Up

Christmas Came Early For Us! Check Out An Exclusive Clip Of Lifetime’s...