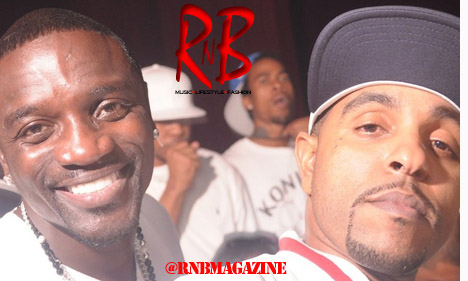 When it comes to picking talent, Akon’s ear is golden. Credited with discovering T-Pain as well as being an early cog in Lady Gaga’s career, Akon looks to add to his executive résumé by signing singer/songwriter Verse Simmonds to his KonLive label.

“I think he’s going to be the next biggest thing under the brand that’s going to take it to the next level,” Akon said. “He has everything it takes, internationally and domestically.”

Simmonds broke out in 2009 with his catchy alcohol ode “Buy You a Round.” Though he was always close with Akon, Verse continued to grind on his own, making singles, doing shows, writing songs and producing. In August, Verse, along with his production partner Sak Pase, landed a few tracks on Jay-Z and Kanye West’s Watch the Throne.

Simmonds’ latest single, “Boo Thang,” from his Sextape Chronicles 2 mixtape, features Kelly Rowland and has once again put him back in the spotlight. Perfect time to sign a new deal.

“It definitely felt like the right thing to do, and it was time. I been working, I been grinding,” Verse said. “Me and my team just been on the road grinding for the past two years since ‘Buy You a Round,’ and we just been building up our credits as far as the writing and production side as well as just making sure we stay active on the artist side.”

Akon has been impressed: For him, Verse’s early success seems all too familiar. “Everything that I see in myself, I see in Verse — I might just be a little more handsome,” he joked. “Honestly, he’s a hard worker, a great songwriter, a great producer, great artist, a great performer. That’s pretty much everything that’s qualified to be a great superstar in this business.”

Usher Attacked by Woman For Parking in Handicap Spot [Video]

Sean Kingston back on red carpet after accident

The Dream Talks About His Sex Life, Celebs, Cheating & His Biggest...