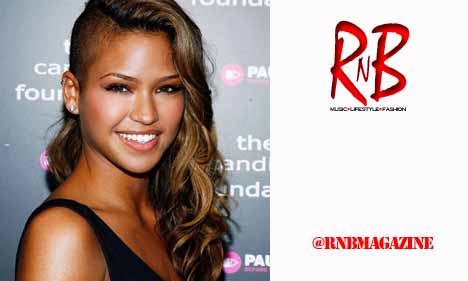 In the ultimate example of how the music industry attempts to create hype, singer Cassie is making her return to the music scene by releasing a “trailer” to her upcoming video for her song, ‘King of Hearts,’ and she’s baring more than what’s been showcased in her past videos.

The Connecticut native, who’s currently crafting her sophomore LP on Diddy’s Bad Boy label with distribution from Interscope, appears in the visuals strutting down a finely decorated hallway. She sports a pair of high-waist shorts and thin leather straps barely covering her breasts.

Clips splash across the seen of the model-turned-chanteuse flicking a lighter on and another where she sits in a vehicle waiting outside a residence.

Vocals cooing “King of hearts” are heard throughout the video, which was directed by Chris Sims. The video for ‘King of Hearts’ has no set release date but will likely debut in early 2012.

Cassie dropped her self-titled album in 2006. The project spawned the singles ‘Me & U’ and ‘Long Way to Go,’ both produced by Ryan Leslie. She joins Bad Boy for her new LP, along with recently signed labelmates French Montana and Machine Gun Kelly.

TDE’s SiR Releases Visual To His Latest Single, “Something Foreign”