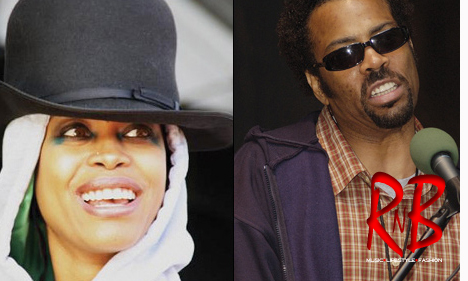 Representatives for singer Erykah Badu have responded to comments made by the D.O.C., in regards to their relationship status.

The D.O.C. conducted an interview with The Dallas Observer last week, which implied that he was rekindling his relationship with Badu, with whom he has a 7-year-old daughter name Puma.

According to the D.O.C., he is living with Badu, while he works with Dr. Dre on his up coming album Detox.

Representatives from Badu stated that the singer was not interested in pursuing any further relations with the D.O.C., nor does she have any interest in playing a significant role in his upcoming reality series I Got My Voice Back.

The legendary rapper also claimed he wanted to create a reality series that focused on his family life with Badu, that would culminate in their marriage.

“Erykah Badu and The D.O.C. share parental responsibilities for their daughter and their relationship as it regards that aim is very good,” said Paul Levatino, general manager and spokesman for her company, Badu World.

According to Levatino, there is no romantic relationship between the two and the D.O.C.’s proposed reality show about a marriage is definitely out of the question.

“Erykah has no plans to marry or have any sort of courtship with the D.O.C.,” Levatino told the Dallas Observer. “Ms. Badu has no plans to allow a reality show to be filmed in her private Dallas residence or to include any of her children in the filming. Ms. Badu has no concrete plans further than a guest appearance in his reality show. The D.O.C.’s comments were either taken out of context, improperly interpreted, or reflective of his now, not-so-secret desires. Whatever the case, Erykah wishes D.O.C. well both spiritually and professionally.”

Beyonce Announces Return To The Stage, In Atlantic City

Fantasia – Without Me (Lyric Video)