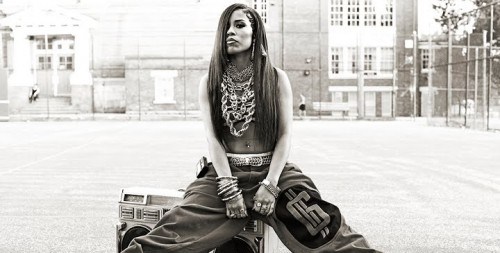 Aaliyah’s brother, Rashad Haughton, may have recently said, “No female I’ve seen can play my sister,” but after looking at these pics he may have to take a second look.

The singer/actress was once expected to be playing Aaliyah in a rumored biopic, but the movie has yet to take place out of respect for the wishes of Aaliyah’s family. 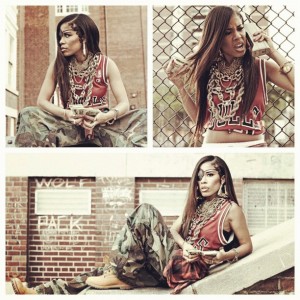 Keshia recently revealed the struggles with the biopic and why it has yet to happen in an interview with CYInterview.

“From my understanding, there are people trying to create a movie and Aaliyah’s family are still mourning her loss and aren’t ready to share her story and create a film. So there’s a bit of back and forth thing with her family and with creative people. And I know that they would bless a movie being created, they’re just not 100 percent comfortable and unfortunately from my understanding they don’t have complete control of her estate. So a movie could technically be made without them green lighting it and I kind of think that’s unfortunate. So I want her family to be on board and to be happy with it. It’s still kind of lingering in the air. I don’t want to disrespect her family. I know that they’re, they don’t like it. They don’t like when they get calls from people, like, ‘Oh, I heard this about your daughter. I heard this.’ Because it’s painful for them. So I know that the lawyer and even them and even my team who have kind of like you know, it’s happy, it’s better for everyone to not really speak on it and I’m just feel like you know, I’m not supposed to speak on it, but I know in this situation, yeah, it’ kind of, it’s a long time coming and I know people really want to know what’s going on. So yeah, I definitely think this was the perfect time to tell you.”

Sidenote: did you know that Meagen Good was once considered for the starring role, but the film’s director Bill Condon (director behind Dreamgirls) chose Keshia instead?

Check out more pics from the photoshoot and tell us your feelings about the Aaliyah biopic.

Most Popular Genres Around The World