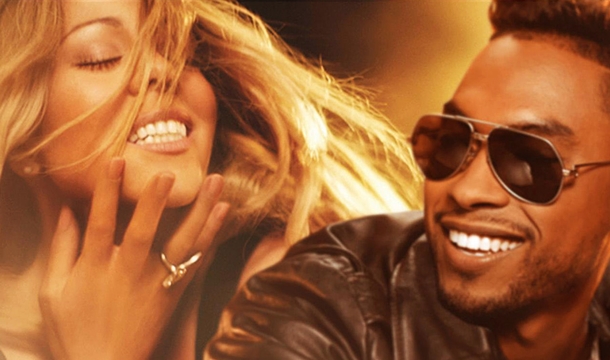 Mariah Carey and Miguel are having a great  week on coveted music charts, including the  R&B Songs and Billboard Hot 100.

of 114,000  copies and over 31 million impressions at radio, their collaboration,  “#Beautiful,” shot from no.16 to no.2 on the Billboard R&B Songs  chart and arrived at no.1 on the  R&B Digital Songs tally Wednesday.

Off to a strong start, “#Beautiful” debuted at no.24 on the coveted Hot  100 Wednesday, also giving Carey her  first major debut since “Obsessed” (2009) on the Digital  Songs tally.

Kelly Rowland Delves Deeper Into The Making of ‘Dirty Laundry’

Vocalist Safia Mafia premieres her debut single “The Mob,” off her forthcoming EP Pure, an 80’s sounding track that likens her commitment in love to crime syndicate loyalty