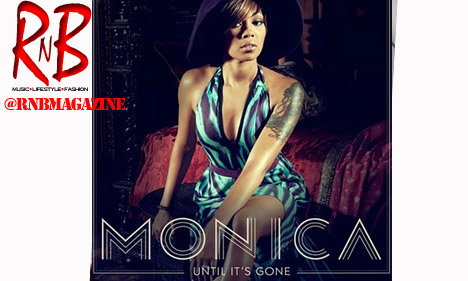 Monica entered the music scene at the tender age of 14 and quickly
established a track record of history making accomplishments. Monica
became the youngest female ever to have two #1 back-to-back hits with
“Don’t Take it Personal (Just One of Dem Days)” and “Before You Walk
Out of My Life” on Billboard’s R&B chart her from 1995 debut album
Miss Thang.

Her 1998 album, The Boy is Mine garnered pop success when
paired with Brandy on the album’s title track that spent a record
breaking 13 weeks at #1 on the charts and earned the duo a Grammy
Award. That album also boasted two more #1 hits, “The First Night” and
“Angel of Mine.”

In 2003 Monica’s chart-topping success continued when
her third album, After The Storm, debuted at #1 on Billboard’s Top 200
Album chart and spawned her sixth #1 single “So Gone.” Monica’s
follow-up album, 2006’s The Makings of Me, entered at #1 on
Billboard’s Top R&B/Hip-Hop Album chart and added yet another
achievement to the songstress’ extraordinary career.

Monica’s fifth studio album Still Standing debuted at #1 on the R&B Album chart, #2
on the U.S. Billboard Top 200 and was certified Gold in just three
weeks! The album’s first single, “Everything To Me,” reached the #1
spot on the R&B/Hip-Hop Songs chart and became Monica’s seventh #1.

The success of “Everything To Me” also placed Monica within an elite
group of history making superstars that have garnered #1 R&B singles
in three decades – Michael Jackson, Janet Jackson, James Brown and
Marvin Gaye. Monica is currently in the studio placing the finishing
touches on her seventh album, New Life, set for release on December
13th on RCA Records.

Gloria Govan Is “Optimistic” About A Reunion With Matt… But Why Did They Really Break Up??

Meleka Takes it Back to the 90’s