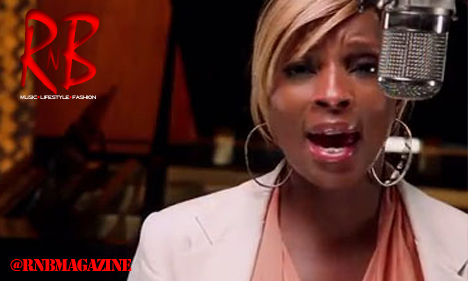 Mary J. Blige has been through many trials and tribulations in her storied career, some of them documented and others well hid behind the scenes. The New York native draws upon such experiences to be the motivational force behind the song and video for ‘The Living Proof,’ which serves as the theme song to the dramatic comedy ‘The Help.’
Produced by the Underdogs, the bold R&B chanteuse channels her inner strength to sing about letting go and moving forward. “I am so glad the worst is over, I can start living now/ I feel like I can do anything, and finally I am not afraid to breath/ Anything you said to me and everything you do/ You can’t deny the truth, ’cause I am the living proof,” she belts out in her soulful tone.

In the visuals, Mary, dressed in a coral blouse and white blazer, is featured singing the song — written for the movie’s character Aibileen Clark, a maid living in Jackson, Miss., in the ’60s — in front of a microphone while a man gingerly taps away at the piano keys behind her. Throughout the clip, scenes from the film, which stars Viola Davis as Aibileen, are also showcased.

Peep This: Trey Songz Fires At The Haters Over Drake’s ‘Headlines’

What Does One Man With A Vision Create?… Endless Possibilities For Others....