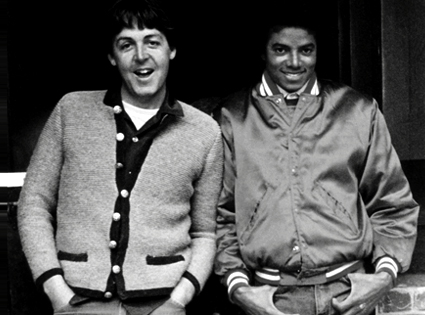 It has been 32 years since the original “Say, Say, Say” came out on Paul McCartney’s  Pipes of Peace album. In 1983 the duet between Paul McCartney and Michael Jackson topped the Billboard Charts for six weeks when it originally came out. Paul McCartney released a new remix video for “Say, Say Say”on his Facebook page yesterday. The song is remixed with vocals from Michael Jackson, some of which we had not heard in the previous version. Ryan Heffington directed the video, which features young dancers performing some Jackson inspired moves.

JRand – Up Against The Wall