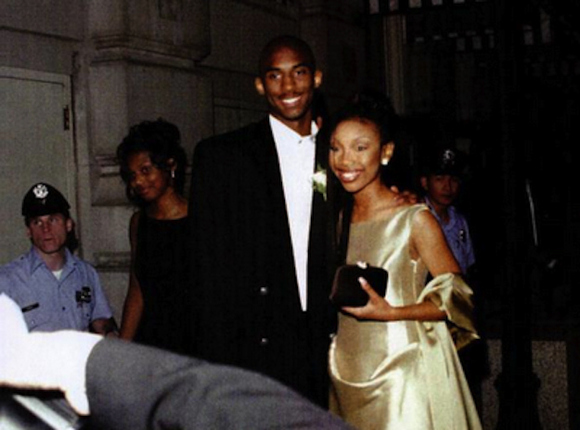 Who doesn’t like reminiscing about the good times? Nothing can change your bad mood into a good one like a good ole picture of you dressed in the most embarrassing outfit and out of date hairstyle. You know the one you had to out grown before you were forced to stop wearing it.

And what is better than looking at your old self? Looking at a celebrity  in their “pre-famous” clothes and hairstyles. Check out how far along some of our favorite artist have come in this weeks edition of Throwback Thursdays

Monica Brown, 31, tweeted this circa 1993 pic of herself with singers Usher, far right, and Akon, 2nd from left.

Singer Chris Brown, 23, takes a trip down memory lane with this circa 1995 pic of himself and his mom, Joyce Hawkins. In earlier interviews, Brown described feeling helpless and powerless when he and his mom suffered abuse at the hands of his father. Brown recently reunited with his dad, and he is now in a different space mentally.

Brandy Norwood circa 1996. “I just felt like a normal 17-year-old. It was so much fun. Although [there were] cameras and media there, it still felt normal to be in a school with kids my age. We were dancing; it just felt real…I really needed to experience that and I wouldn’t if Kobe never asked me” stated the Full Moon beauty  on her prom date Kobe Bryant

The FLOTUS at her prom. Check out that split.

MUST WATCH: Emeli Sande “My Kind of Love”