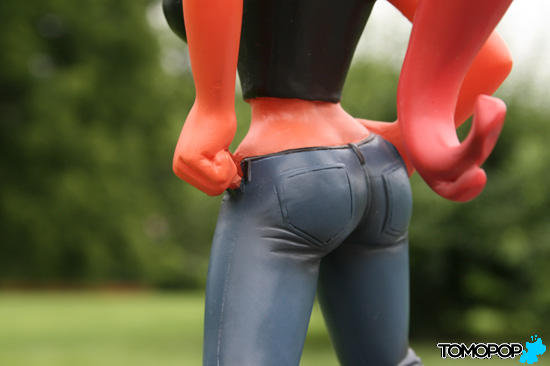 It’s no secret that a lot of black women are blessed with curves. In our culture it’s not taboo to be curvy and it is desired by most men, some even say the curvier the better. In fact, it has become so desirable that a lot of women are now running to get bigger rear ends. I see nothing wrong with wanting a slightly bigger rump. I had a big rear after giving birth and loved the way that I looked in my clothes. Once I lost weight, my rear was the first thing to go and I was disappointed. I have never been one to want a nose job, boob job, etc. but it is a joke of mine that when I get money, I will buy a bigger booty. Sadly, some women have lost their lives behind wanting to have a bigger rear, and something that seems quite trivial can in fact be quite dangerous.

What’s the fascination? It seems that men salivate over curvy women. Women in the public eye or that have jobs that are based on their bodies, such as strippers, have found “success” with being curvy. I find myself watching reality television, or music videos, and wondering which of the stars had butt shots or implants done. It is quite obvious on some, and the trend seems to be extremely tiny waists and big bodacious booties. Some forms of butt injections are illegal and the disturbing thing is that some women have actually lost their lives, or become permanently disfigured from wanting a bigger rear.

Fat injections are minimally invasive, and one of the safest ways to get a bigger rump. Fat is taken from another part of the body, purified, and then injected into the rear end. The recovery time is quick and the end result is a well formed more defined buttocks.

Hydrogel injections are illegal. The solution used is unregulated and can lead to severe complications. It is a fairly popular method because clients can buy their own hydrogel kits in the black market, but this is what makes it dangerous. These people are not trained to do such injections and the buttocks is a very sensitive area.

Silicone is one of the most commonly used methods for butt augmentation. The liquid form of silicone is illegal because it can move to other parts of the body and also cause inflammation of tissues which is not good. Booty implants/injections are not a bad thing when done the right way, but it is certainly not worth risking your life or your health to alter any part of your body. When wanting any type of surgery, it is extremely important to do your research, go with a credible plastic surgeon and don’t risk doing anything illegal.

Kanye West The Only Guest On The Weeknd’s New Album?

New Music- Ciara Gets Real Dark In Song “Paint It, Black” For...