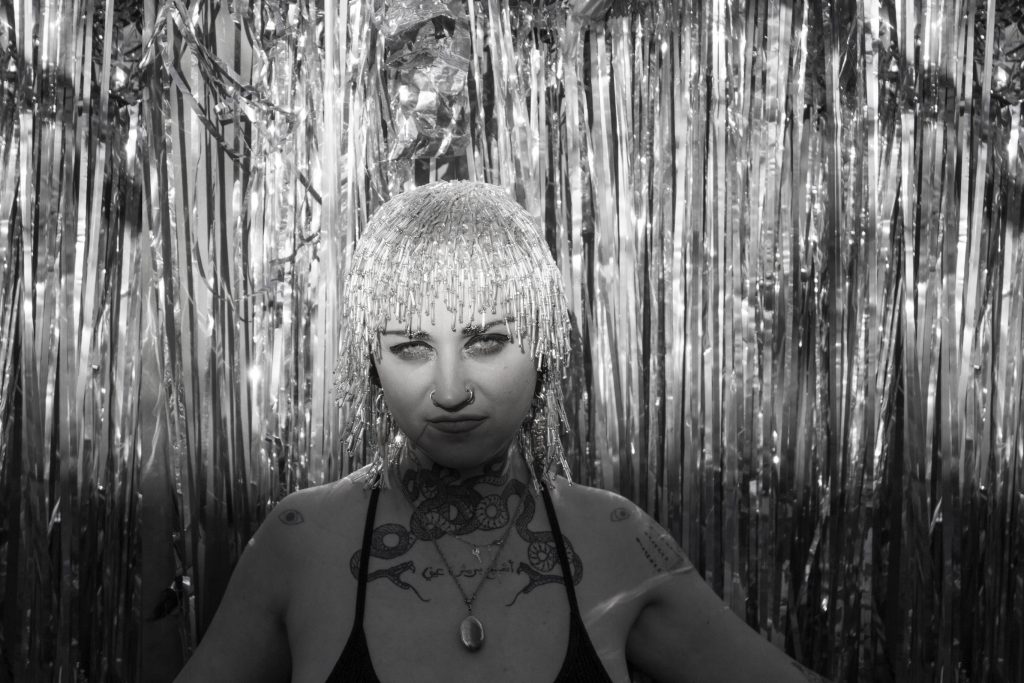 You’ve heard her sing. Hers is the voice that opens up Drake’s More Life album on “Free Smoke,” with a sample of “Building a Ladder” from the Hiatus Kaiyote album, Choose Your Weapon. Hiatus Kaiyote has been sampled on Anderson Paak’s album and by Rapsody as well. This is a group that has fans from Jill Scott to Q-Tip and the late, great Prince as well.

So why haven’t you heard of them?

Or maybe you have.

Since their 2013 debut Tawk Tomahawk, they have cultivated a small, but dedicated legion of followers. Signed to producer Salaam Remi’s label, Flying Buddha, Hiatus Kaiyote (or HK) regularly sells out shows around the world. Their success is fueled largely by their hit, Grammy-nominated debut single, “Nakamarra” which was heavily supported by Questlove, Erykah Badu, and Q-Tip who appeared on the remix.

With their 2015 album, Choose Your Weapon, Hiatus Kaiyote solidified their place in the hearts of hip-hop artists and fans with the singles, “Molasses,” and the Grammy-nominated, “Breathing Underwater.” The Australian-based band began to enter the mainstream.

The albums are classic. With intricate lyrics like, “tattoo the artery with acute artistry,” on “Breathing Underwater,” Nai Palm has distinguished herself as a prolific songwriter and singer. Their live shows are also the stuff of legend, usually in small venues with packed, engaged audiences singing and dancing along.

Now, Nai Palm is branching out with a solo album. Needle Paw came out October 20 on Sony MasterWorks. The album features several stripped-down (vocal and guitar only) covers of Hiatus Kaiyote songs as well as covers of “Blackstar” by David Bowie, “Have you ever Been to Electric Ladyland,” by Jimi Hendrix, and even “So Into You” by Tamia. The album is eclectic and soft. Personally, I can’t wait to get it on vinyl and play it on a turntable.

RNB Magazine had the chance to ask Nai Palm a few questions about her new album and the hip-hop collaborations that are earning her a whole new fanbase.

RNB Magazine: Your music has been sampled by 9th Wonder for both Kendrick Lamar and Anderson.Paak. Then you got a big placement on Drake’s new album, how did that come about??

Nai Palm: The Drake thing was kind of left of center. The fact that he chose “Building a Ladder” which is such a gentle, emotional song. The fact that it resonated with him just kind of made me realize that he’s a sweetheart.

RNB Magazine: Will it change the direction of the music?

Nai Palm: Definitely no outside influence will change our music. The only thing that would change us would be our own internal creative alchemy. So why try to change and fit what the industry might typically demand of you when what you are doing is already working.

Nai Palm: This record is more stripped back, there’s really only vocal and guitar tracks on it. Another element is the musicality of it. It’s very direct and human, it’s kind of like a journal. Sometimes, it might be a Sunday morning and you want to listen to something gentle. I wanted to give people something that was a little bit more intimate for the quiet moments in their lives.

Needlepaw is available now on all streaming platforms.

Jorja Smith is What the Future of R&B Sounds Like

Bobby V – Back To Love