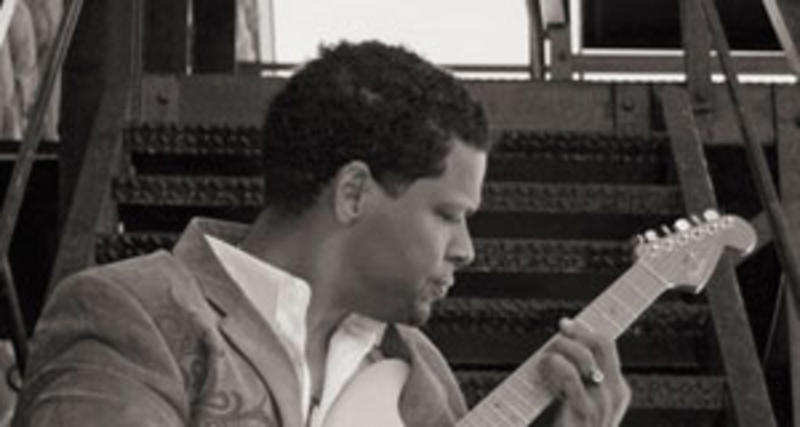 Get inside the mind of  Wil Key, the  Los Angeles-based recording artist that created “D.O.V.E.S”, a lively tribute song to the legendary Prince.  The song effortlessly and seamlessly weaves together some of our favorite Prince hits with a twist.  The song has received a thumbs up from Revolution’s Bobby Z, BrownMark and Lisa Coleman–as in Wendy and Lisa! Written, arranged and produced by Wil Key, the song also showcases amazing local artists, some who have during their careers worked side by side with Prince himself! The song also reached #23 this summer on Reverbnation charts. Wil Key teaches

The song”DOVES” is now available to purchase on iTunes/ Amazon.mp3 and streaming services Pandora and Spotify. All proceeds will be donated to Sheila E’s foundation “Elevate Hope” – an organization that provides recording equipment and musical instruments for troubled youth.

Q. Where were you when you found out Prince had passed away? How did it hit you?

A. Amazingly, I was in the middle of a lake on a boat fishing with some dear friends. My long­time friend, L. Young who is also DuPont Manual YPAS alumni, got a text that Price was dead and announced it to all of us. I immediately dismissed it, “nah, that has to be a prank. Somebody’s playing.” Then another text came to Cecil the bass player and Facebook posts started to trickle in and then we knew it was real.

It was surreal. We were in the middle of a really beautiful time, fishing, laughing and joking and as the news got more real and undeniable, the mood turned to quiet and pensive. We were all in shock. Took several days for it to really kick in. I don’t care about many things in this world, but Prince and his work was certainly one thing that I deeply care about. I cried everyday for weeks. Still fight tears when I hear certain Prince songs. He was a force of nature!

Q. When did it hit you to do a Prince tribute song?

A. I knew right away as an artist that there would be no way for me not to honor him with music in some way. He meant too much to my development and my fellow musicians. It took a few days to get past the shock and start to meditate on where my heart was with his work and ask myself how could I say something that represented how deeply and passionately his work inspired me. I knew it had to be an original song and not a cover because there was no way I could express what I wanted to say using just one or even 5 of his songs.

Q. When you contacted other fellow musicians to participate in the song what was the initial reaction from them? Scared, unsure or just automatically down for it?

A. Automatically down! (laughs) No question. Among the family of professional musicians and artists, there is no one who came up with his music who does not owe a debt to him and would not be willing to lend their talents and energy to something in his honor. No doubt.

Q. The song flows so smoothly and the lyrics just roll from one song to the other, ­how long did it take to put it together?

A. I wrote it mostly in one day, in one sitting. The song was completed exactly 17 days after he passed. And I remember thinking how appropriate that was. And I knew his spirit was with it and all around it. I couldn’t get through it without crying the first time I sang it. I thought that I might have to dig and research to get at the heart of what I wanted to say lyrically, but it was all in my heart. I have lived his music for years and years. Every song is a part of my soul. When I needed to express something, it was there in my heart echoing from and old Prince line from my early years. An amazing experience.

Q. Can you tell us about when you found out THE Lisa of Lisa and Wendy approved of your Prince tribute song—how did you find out and what did that feel like?

A. I got the first nod of approval from Bobby Z, Prince’s former drummer, who had found the video on YouTube. Prince fans have been posting it and re-sharing it like crazy on social media. He found my artist page and gave be a big “like.” So cool!. BrownMark, former bassist for the Revolution, also gave a thumbs up and wrote me to say “thank you” for the song. I think he heard it from Bobby Z. They are are still very much connected to this day and they recently performed together as The Revolution at First Avenue in Minneapolis-St. Paul. But when THE Lisa Coleman wrote me to say that she loved the song, that’s when it hit me!!! She wrote me personally to tell me that a song that I wrote touched her. Lisa and Wendy are original artists in their own right. This is someone who inspired me to be an artist. I remember playing her records over and over again, listening to the sensitive lyrics, the soft, impressionistic piano parts she’d play. Then to think that that one day, they heard my work and loved it? I’m so honored.

Q. If you were on a desert island and could only take one Prince album with you, which would it be and why?

A. That’s hard! (laughs)  “Sign O’ The Times” or Purple Rain.” “Sign” because of the great songs, production and instrumentation like “Dorothy Parker” and “Adore.” The vocal performances! What?!! “Purple Rain” because that record represents a peak of creativity and it kinda galvanized the main style he had been honing from the Controversy, 1999 records. That record says “THIS IS PRINCE” to me more than any other. It also always takes me back to a beautiful time in my life when I knew that I would be a musician and artist for life. Knew it!

Q. Did you grow up in a home with a lot of music? When did you realize music played an important role in your life?

A. Yes, I come from a long line of musicians. My great-grandmother was the first music professor at Kentucky State. A big honor! My grandfather played with Duke Ellington, Cab Calloway and performed all over the world. My mother and uncle also played. So music was big in my house. I was about 7 when I started really learning to play. Was just banging around on a little piano and organ that my family had bought for me up until then. (laughs) I played my first little gig at 11 and when they gave me money for it, I was hooked for life! (laughs more)  I played shows all through high school, traveling with musicians twice my age and learning the ropes. I knew early on that music would be IT.

Q. Often when people teach an art form they find that they no longer practice that art form themselves in their personal time, professionally or even as a hobby, any tips on how you have managed to be an instructor and still kept up with your own music?

A. This is a challenge. For me, it is an absolute imperative to remain active as an artist, musician and writer. I write and play daily and work recording sessions around my teaching schedule. I do not think that I will ever retire. Why? I do what I love. So grateful that I followed my heart. I would be miserable doing anything but music.

Q. As an instructor what does it feel like to see something in a student, a true gift, and know that you are part of helping shape that within them?

A. This is magical! To see someone light up to a musical topic or concept for the first time ­ to see that “light” come on ­ is the best reward as a teacher. When I was coming up, there were a lot of musicians that were very guarded about their knowledge. They were reluctant to share what they knew for fear that you would become better than them. Not all of them, but enough. I made up in my mind that I would NOT be this way. because I remember what it was like to be hungry for knowledge and really want to know how to do something. So in my classes, I always come from that place ­ a place of sharing. I am passionate about teaching. Love it!

Q. I saw on social media that you recently moved and had tons of equipment and guitars to pack up—which guitar is your baby and why?

A. (Laughs)  My baby will always be my cream colored, 1997 Fender American Deluxe Stratocaster. It was my first real electric. I bought it in Minneapolis when I was there visiting–big surprise– First Avenue and Paisley Park ­ making a pilgrimage to my idol.  That guitar is on every record that I have made. And will be likely be on every record to come! It is the guitar that the female model on my “But A Woman” CD is holding.

Q. What do you have going on musically now? What can we look forward to keeping an eye out for?

A. I am currently working on a brand new CD entitled “The Globetrotter EP.” It will feature songs that I have written in my travels abroad. We just recorded tracks for it during my recent trip to Italy. Was able to work with some phenomenal musicians and artists there and I’m excited about how it is all coming together. I am working with artists from several different countries on it. It will feature several guest vocalists and instrumentalists.

Rihanna has confirmed: Chris Brown will be on her new album Unapologetic

BRANDY IS LAUNCHING A TALENT AGENCY

Hоw tо Tеll If Yоu Are Wоrking Out Too Hаrd