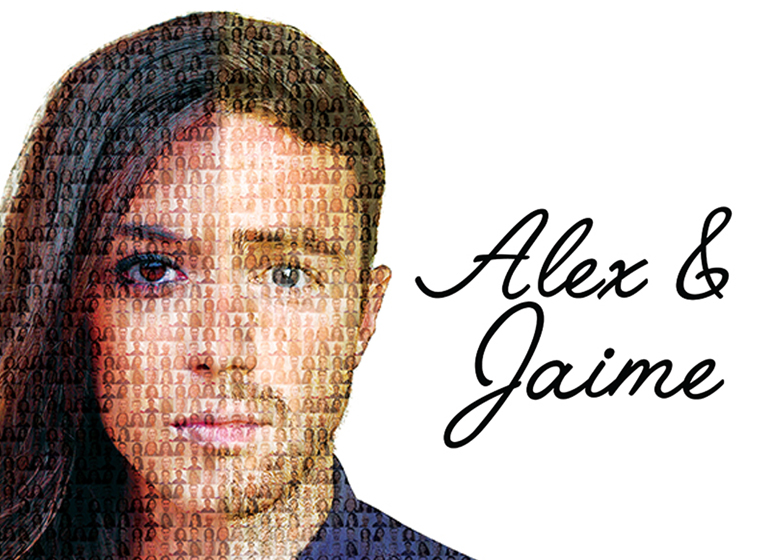 Love Has No Bounds

This hour and a half long movie show that love isn’t defined by race, gender, or sexuality but how much we are there for each other.

Alex and Jaime are more than just names but a group of people who represent different couples going through the roller coaster of romance while dealing with the struggles of life. While spreading the message that no matter who you are, love is the universal story for everyone.

In the movie, there are seven acts. The first act follows Alex (Chadwick Hopson) and Jamie (Justene Alpert)  meeting at Alex’s brother’s engagement party, both lying about the reasons they’re smoking on the patio. After flirting and talking, the couple leaves the party and steals the neighbor’s lawn ornaments and flag then spends the night together. Their love blooms into a relationship and faces any trouble any relationship goes through.

The second act starts with a black man named Jaime and a white woman named Alex who are trying to juggle their time together and being in an interracial relationship. Throughout their scene, the couple spends time together and talking about their first time. Though they seem happy together towards the end Jaime finds out Alex has been texting another guy.

In act three, Alex (a black woman)  is going through a bad break up as she drives a text to come and get her stuff while showing another girl crying in her bed. Tension rises as Alex and Jaime (an Asian woman) fight after seeing each other again. Their relationship tips the balance when both argue that one didn’t put enough effort into loving each other (Jaime accusing Alex of cheating). As the fight continues, secrets unravel and the truth comes out but in the end, it’s fear that drove Alex towards her actions.

As the movie progresses we see different couples deal with their own problems and be able to see love from their perspective.

Alex & Jaime is available to stream for FREE on RNB Magazine TV. Only available on Vyre network.