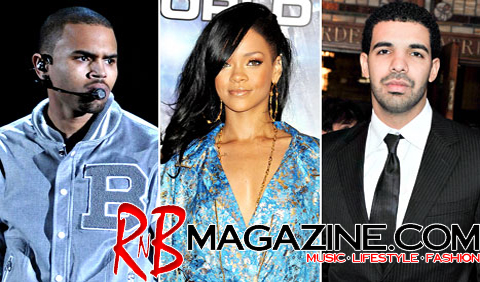 Chris Brown is set to avoid any confrontation with his ex Rihanna and Drake at the MTV Video Music Awards next month by not appearing in any capacity.

A source close to Rihanna told HollywoodLife.com at the time hat the singer would be more than willing to stand on stage next to Chris.

That’s obvious. Hell yeah, she would. [There isn’t anything] she wouldn’t do for that [him]. She’d do just about anything for him.

While a source close to Chris said:

Why wouldn’t he? It would be the first time in a long…time that he would be on stage with his boo.’

It is thought that Brown does not want to bump into Drake, who will be attending, after their alleged New York brawl last month.

Rumours that Brown and Rihanna would appear together at the MTV VMA’s emerged after the singer’s recent Oprah interview.

In the brave interview Rihanna broke down crying as she discussed the assault three years ago and claimed she felt “protective” of her then boyfriend in the aftermath of the incident as fans and fellow stars turned on him.

The 24 year-old also confirmed that they were once again “close” and that he had regained her trust.

She said: “I still love him. I think he’s the love of my life. We love each other and we probably always will,” she explained.

“That’s not anything we’re gonna try to change. It’s not something you can shut off if you’ve ever been in love. We built a trust again and that’s it.”

Hоw tо Tеll If Yоu Are Wоrking Out Too Hаrd