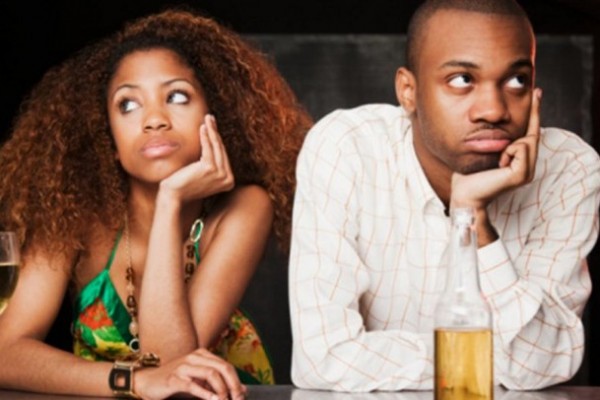 Single people have it so hard these days. It is extremely hard to find people that aren’t in some way attached to someone else. Be it a co-parenting relationship, that off again on again never seems to go away ex, or a man lying about his relationship status period, it’s hard to find someone to date! Everyone moves at different paces in the dating game, and while some men just want a casual relationship, some women are naïve to the fact that the guy is just not that into him. These are just a few signs that shouldn’t be ignored.

He always texts you and rarely calls

I am from the old school and while texting is convenient a lot of times, it is not natural to me to always want to text versus conversation. If you are in your early 20’s maybe this isn’t cause for alarm, but in my opinion a grown man will want to talk sometimes. You can’t possibly connect and have in depth conversations soley through text. It is also very easy to text while your mate is in the same place as you, so I feel that those texters are hiding something. Especially if you call and he doesn’t answer, but then he texts you back.

He is always busy

A man with some business about himself is sexy, but people make time for the things that they want to. If a man wants to spend time with you, he will! The same way he can make time to grab a bite to eat, drink with his boys, watch the game, etc. he can make the effort to see you at least one hour out of his day. If he can’t even attempt to do this, then something is wrong.

He never takes you out

Beware of those guys that always want to come over your house, especially late at night, but he never offers to take you anywhere. It’s not about the money, but the principle of the situation. Women like to get dressed up and go on dates. Who wants to only spend time cooped up in the house? If he doesn’t want to take you out, he either is hiding from someone or he is more into sexing you than dating you.

You’ve been around a while but never met anyone

Have you been in his life for six, seven months and never met the friends, family, children? If you are important to him and he shares significant moments of his life with you, then after being around for at least half a year, you should know his parents or at least a cousin.

Men sometimes move at a very slow pace and they don’t fall as easily as some women, but some signs are just all too obvious that you may be wasting your time.

What Went Wrong (Ashanti and Nelly)