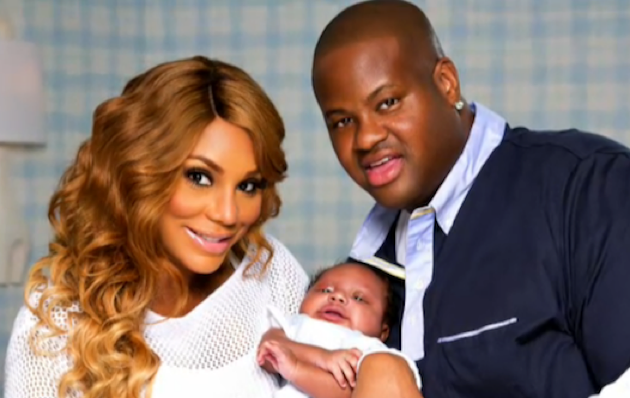 Finally!! Today(July 31)  get to see Logan Vincent Herbert who is now 8 weeks old.
Don’t judge her.  Tamar recently admitted to NOT immediately falling in love with her son, Logan. That feeling is common amongst new mothers especially when trying to breast feed and the infant doesn’t latch on. The bonding phase between mother and child varies. I’m sure Tamar is going to be a great mother and that Logan is surrounded by LOVE. GetYourLife.Com because Tamar has hers.
You can catch Tamar and her co-hosts on their new show called “The Real” airing in selected cities.

Tamar Braxton introduced Baby Logan to the world via US Weekly