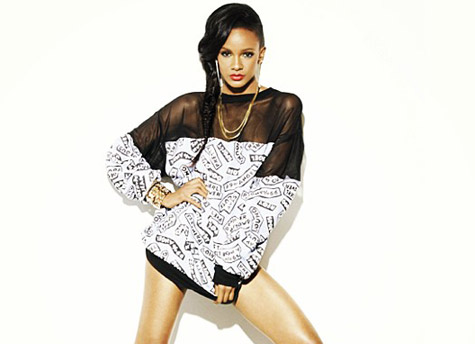 Born in Indianapolis, Indiana the Singer/Songwriter, Tiara Thomas learned her natural musical talents at a young age. Singing and church and teaching herself how to play guitar, Tiara always absorbs being musically profound with her parents support behind her. Being a major fan of Wale, Tiara happened to run into the Board Admin. for Wale, Le Greg O. Harrison at a concert. After introducing herself and her musical talents, Harrison was impressed with what he saw. Shortly after, Tiara was offered an opening spot to perform along side and before the Wale Tour. Since then, Tiara has worked with Wale on the single, Bad. She released her firs EP soon after, called Sallie Mae in 2013. She is currently working on her upcoming album called, Bad Influence, which includes her single; One Night. The record release date is still being sorted out as of now, but her fans can expect a compelling compilation at the least. During an interview with Vibe, Tiara states,”It’s a sexy album. It’s got bright moments to it. It’s not an R&B album and it’s not a Hip-Hop album and it’s not a Pop album“.

Watch Jacob Latimore “Climb” To The Top With His Latest Single

Snooping, we’re all guilty of it.