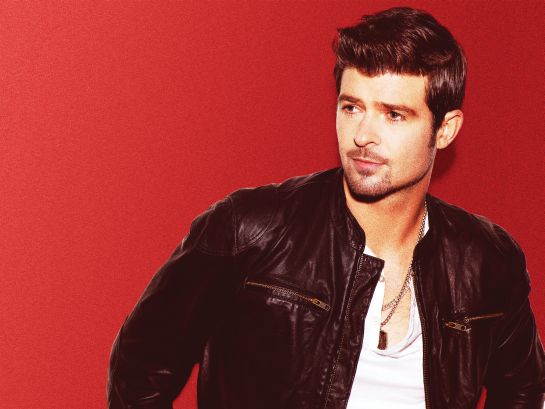 There seems to be no stopping Robin Thicke! The Blurred Lines blue-eyed crooner has set the charts ablaze holding strong at no.1 on the Hot 100 billboard. This will be the seventh week in a row the song has dominated the charts, surpassing Macklemore  & Ryan Lewis’ “Thrift Shop” (featuring Wanz) for the longest run atop the chart this year with six weeks.

In the meantime, the song has caused a craze of parodies. Check out the Bill Clinton parody and tell us what you think.

Alyze Elyse – “U Got Me Trapped”

Kelly Rowland Near a Deal to Join “The X-Factor”

The Weekend is still at the top with “The Hills”but it seems...