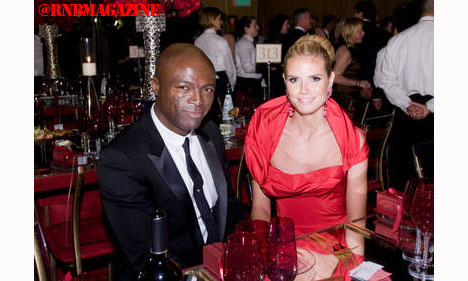 Some really sad news: Heidi Klum is filing for divorce from Seal, her husband of almost 7 years, TMZ reports.

Klum, 38, and Seal, 48, married in 2005 on a beach in Mexico. They have three biological children together, in addition to Heidi’s daughter Leni from a previous relationship.

The stylish couple was widely known for their lavish Halloween parties (and equally outlandish couple costumes). They also renewed their vows every year in elaborate ceremonies.

Heidi famously said she fell for Seal after checking out his, uh, merchandise in a pair of bicycle shorts. She legally changed her last name to Seal’s, becoming Heidi Samuel, in 2010.

Stripper… to Celeb Girlfriend… to Urban Socialite… to… Singer??